PHOTOS FROM THE HOCKEY WRITERS CLUB AWARDS AND THE EAST PREMIER MATCH BETWEEN WAPPING AND BLUEHARTS ARE CURRENTLY ON OUR PICTURES PAGES. 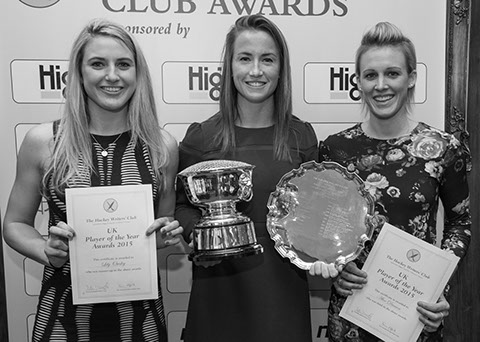 Four Holcombe players featured in the Hockey Writers’ Awards last week, with the top awards going to two of their players.

The nominations for the Men’s Player of the Year Award were a clean sweep for Holcombe, with Nick Catlin, Dan Fox, and Iain Lewers in the running.  The Award went to Iain Lewers, who in the best tradition of award ceremonies was not able to be there. He is currently playing for the Dehli Waveriders in the India Hockey League.  The Award was accepted on his behalf by Holcombe chairman, David South.

The win for Lewers is his second in succession. He was the HWC’s Men’s Player of the Year for 2014.

For the Women’s Award winner, Maddie Hinch, it also her second win, although her previous apperance was in 2013. The runners-up included a previous winner, Reading’s Alex Danson, and a relative newcomer, University of Birmingham’s Lily Owsley.  Hinch’s award recognises her contribution to England Women’s win in the European Championships last Summer, where her successful defence of her goal during the shoot-out decider robbed The Netherlands of the trophy.

This year’s Men’s Awards were sponsored by our own website sponsors, Mercian, whilst the Women’s Award was sponsored by Investec.

There were four other awards presented at the lunch, each of them sponsored by the Higgins Group PLC and presented by Richard  Higgins.

The Higgins Group Youth Award for Men under the age of 18 went to Loughborough University’s Toby Reynolds-Cotterill, whilst the Women’s Award went to Surbiton’s Charlotte Calnan.

The Higgins Junior Awards for 16 and under went to Beeston’s Josh Pavis for the boys and Surbiton’s Ellie de Heer for the girls.

The winners join an impressive array of young players from past awards, including Ashley Jackson and Maddie Hinch.

More details of the Awards can be found on the Hockey Writers’ Club website at www.HockeyWritersClub.com. 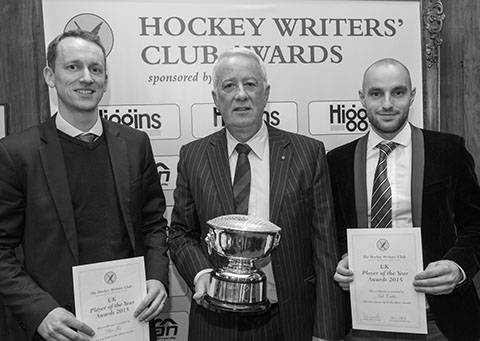 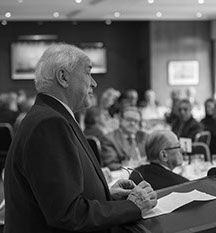 Observant readers may have noticed that this is our 50th edition. We published our first edition in September 2014, taking over from the old monthly Hockey Talk which had been part of our previous web site, TalkHockeyRadio.

A slightly more impressive record was recently achieved by our sister site at www.HockeyImages.co.uk which recorded its 2.5 millionth page view.

Because we remove images after a few months, it’s hard to say which has been the most visited picture on the site over the years. However, there are a small number that have remained on the site since we started, mainly because they are of special interest.  The most visited of these is a photo of Richard Mantell celebrating a goal against Germany during the European Championships in Amsterdam in 2009. More surprisingly, the second most visited is a shot from the match between Spain and Argentina in the Women’s World Cup in Madrid in 2006 proving, perhaps, that we have a fair number of foreign visitors.

England’s women initially found the going tough when they visited Cambrai in France to play in the second-tier European Indoor Championships II. However, they managed to finish top of the relegation pool and thus avoid relegation.

England’s first Pool B match saw them go down 2-6 to Russia, with their opponent’s Svetlana Eroshina proving to be the danger woman with three goals from open play. England’s scorers were Hannah Martin and Grace Balsdon.

Playing France, England went two behind before half-time, both goals coming from corners struck by Gwenaelle Dutel. England had more luck in the second half, with goals from Balsdon and Giselle Ansley, but France took the match 2-3.

England managed to record a high-scoring win in their third and final pool match at the expense of Wales.  Goals from Grace Balsdon (2), Susie Gilbert, Lucy Wood (2), Hannah Martin (3) and Sarah Haycroft, gave England a 9-1 win and valuable three points they were able to take through to the relegation pool.

Finishing in third place, with Wales finishing fourth, both teams now found themselves in the relegation pool (Pool D).

The first of their two Pool D matches saw England pitted against Croatia, and needing to get points on the table to avoid relegation. England found themselves going into the second half 2-1 down thanks to two penalty corner conversions by Croatia. England’s goal had also come from a corner, fired in by Giselle Ansley.  Two second-half goals, scored by Grace Balsdon and Lucy Wood, gave England a 2-3 win.

England’s short winning streak came to an end when they met Scotland, although they did briefly hold the lead. Scotland’s Charlotte Watson gave her side a 0-2 advantage within the first five minutes, but Hannah Martin, Grace Balsdon and Sarah Haycroft put England ahead until Katie Robertson equalised just before half-time.  Unfortunately England were unable to find the net in the second half and goals from Jennifer Eadie and Vikki Bunce gave Scotland a 3-5 win.

In the final analysis  England’s win against Wales in Pool B was probably their saviour.  Not only did it give them three points to carry through to the relegation pool, but three sides in Pool D finished on six points, so goal difference was the decider.  England finished top, followed by Scotland, and both will play in the Championships II when they are next played in two years time. Croatia was the unlucky side who finished third with six points, and they and Wales are relegated to Championships III.

Russia won the tournament, with Switzerland as runners-up. They will play in the full Championship when it is next played.

In the full Championship tournament played in Minsk, Netherlands emerged as Champions with Poland as runners-up. Rather surprisingly, Germany finished fourth after losing their 3rd/4th place match against Belarus 6-5.

Where there is promotion or relegation between the tiers of the European Indoor Championships the following method is used. Initially it may seem a little complex, but it is a really fair system that takes some beating.

The system does not apply to the top four of the full Championship I tournament, where conventional semi finals and finals are played. However, it does apply to relegation.  Also, the system may be modified for the bottom tier of the Championships, depending on the number of nations taking part.

The England Hockey League does not get back into action until this weekend, but there were two postponed matches in the Conference North, one of which was played on Sunday.

Loughborough Students and Lichfield are at either end of the table, and it showed when the sides met. Although slightly slow to capitalise on the difference, late first half goals from Luke Taylor (2) and Stephen Hunter, gave Students a 3-0 lead at the break. That was followed by goals from Edward Greaves and Rory Coltham.  A penalty stroke converted by Richard Parker gave Lichfield a consolation goal before the match ended 5-1.

Loughborough Students are now seven points ahead of second placed Bowdon, whilst Lichfield remain planted firmly at the bottom with a single point.

The North Conference gets back into action next Saturday with a programme that includes a first versus second match between Bowdon and Loughborough Students.

The remaining postponed match, between Olton & West Warwicks and Durham University is due to be played on Sunday. 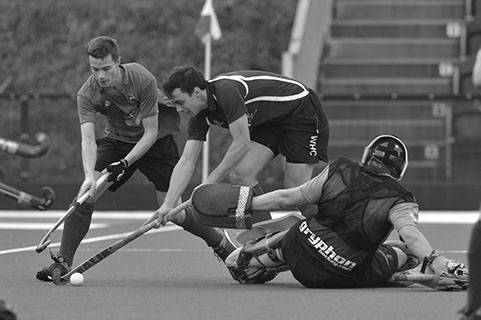 Whilst the England Hockey League has been enjoying its winter hibernation, play has continued in many of the regional leagues.  We last looked at the regions as recently as 7 December, but there have been some significant changes since then.

In the East, Wapping men have moved up into first place from third.  West Herts continue to lead the East women.

Its no change in the Midlands, where Leek continue to lead for the men.  Boots is the leading club qualified for promotion in the women’s table, but they are still having to play second fiddle to University of Birmingham 2s.

Sheffield University Bankers continue to top the North men’s table, but the women’s Premier is now led by Timperley, two points ahead of Doncaster.

In the South, Havant men have overtaken Old Georgians to occupy the top spot.  For the women, Barnes seem to have dropped out of the running, their place to be taken by Southgate. However, the table remains headed by Surbiton 2s, who are not qualified for promotion.

And finally, there is no change in the West, where the men’s table is headed by Bristol University and the men’s by Exe.

The winner of the Hockey Writers’ Club Woman Player of the Year Award,
Maddie Hinch, flanked by Lily Owsley (left) and Alex Danson.

David South, the chairman of Holcombe Hockey Club
received the Men’s Player of the Year Award on behalf of Iain Lewers.
The runners-up were Dan Fox (left) and Nick Catlin.

Hockey Talk was at the LVHTC, the home of Wapping, to see them play
bottom placed Blueharts in the East Premier League. Despite struggling to
achieve a win, Wapping added another three points to their tally.